Chappell & Dix Ltd have been undertaking all aspects of building work and bespoke joinery for over 40 years and the company has built up a hard-earned reputation for quality and reliability.

The current directors, with a combined experience of more than 200 years, lead a directly employed workforce of approximately 60 personnel, including skilled tradesmen, in all sections of the industry.

The Company is committed to training its own staff in connection with the CITB and many of our apprentices go on to enjoy long and successful careers with the company.

Chappell & Dix have thriving departments in small works, bespoke joinery and major projects, with dedicated teams and director level management in each sector.

At Chappell & Dix we understand when you make your initial enquiry that you are keen to progress with your project, therefore we pride ourselves on our response time and we believe that a strong level of communication and clarity is essential.

Chappell & Dix continues to develop and grow sustainably whilst adhering to the longstanding values of the company. Due care and attention is essential to all aspects of our work and this is honoured and maintained by all our employees.

The Company has the in-house skills and experience to deliver your vision or we can help you with design, planning, building control matters and project management.

Whatever the status of your own project, please do not hesitate to get in touch – we would love to hear from you.

Welcome the experience, skills and ideas of everyone to achieve team success

Be enthusiastic and committed from day one

Focus on success and celebrate it

Communicate effectively and with clarity to build trust and confidence

Act fairly and respect each other

Make work a healthy, happy and caring place to be 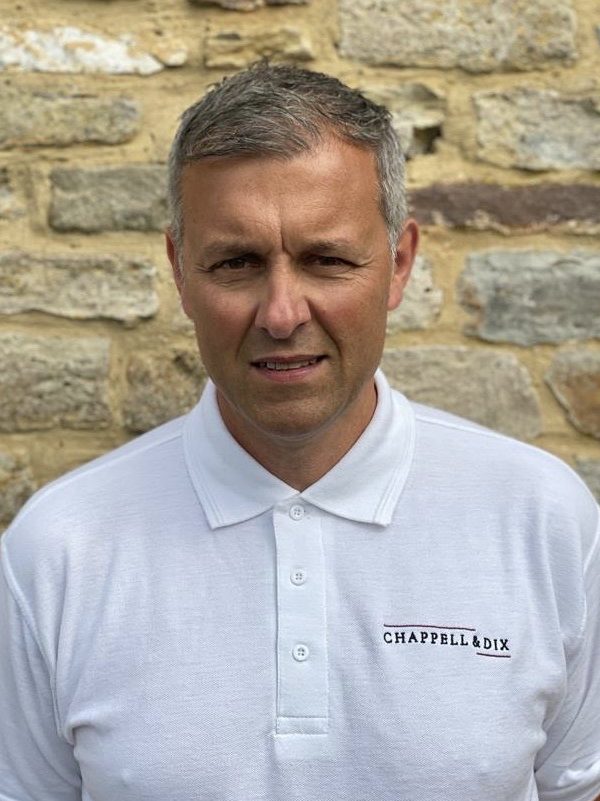 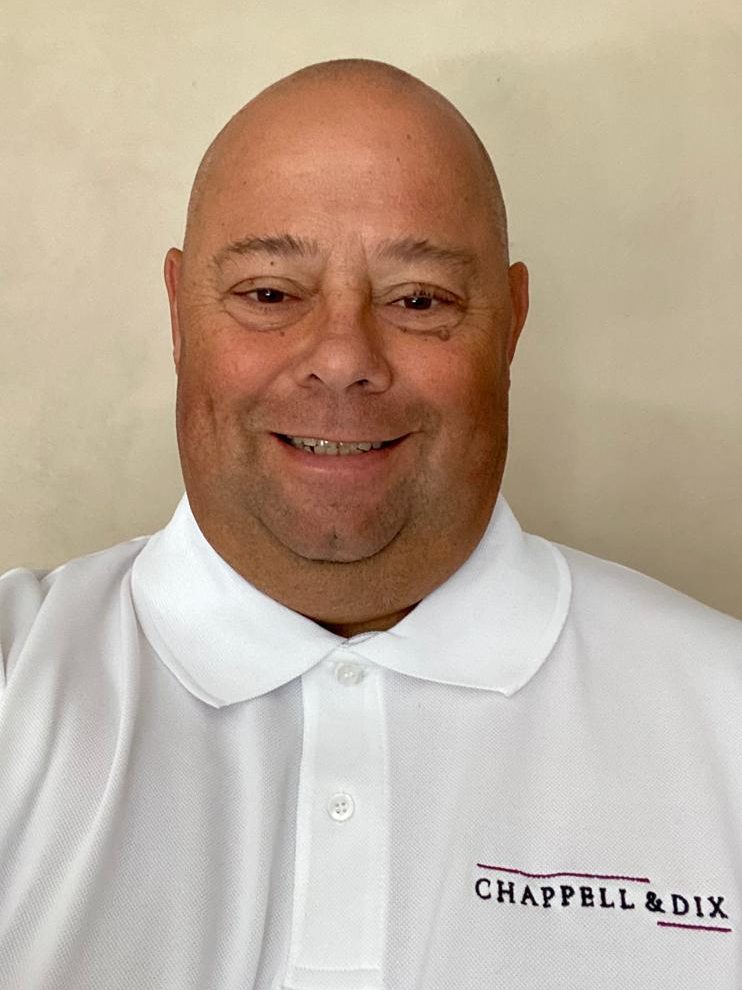 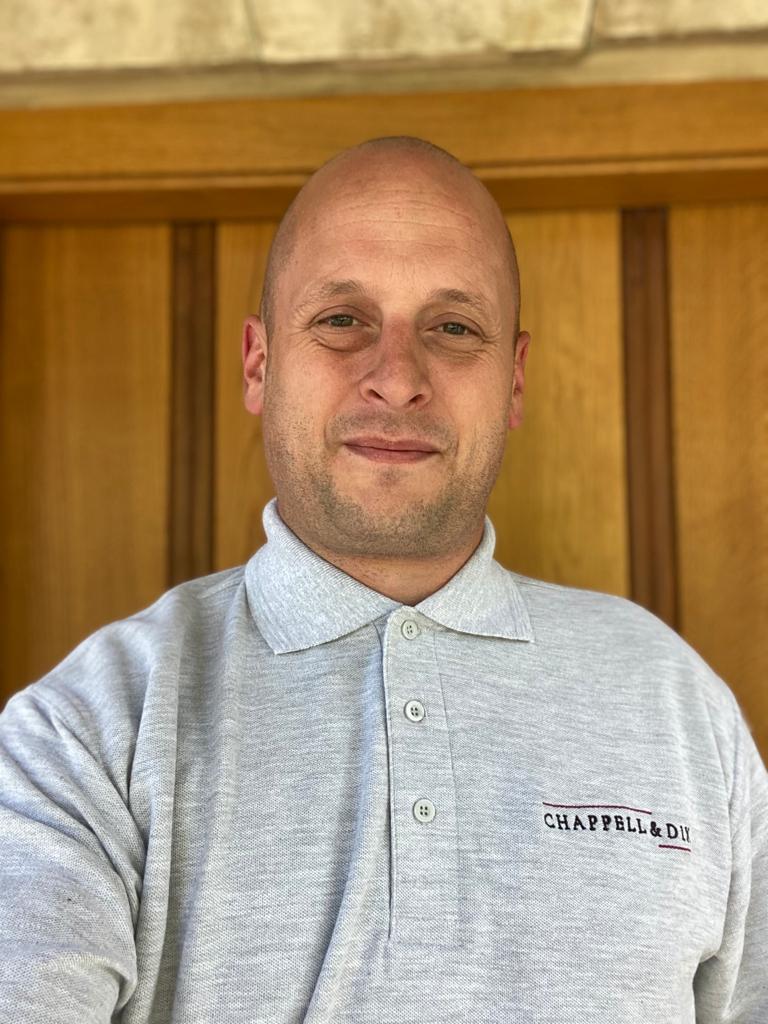 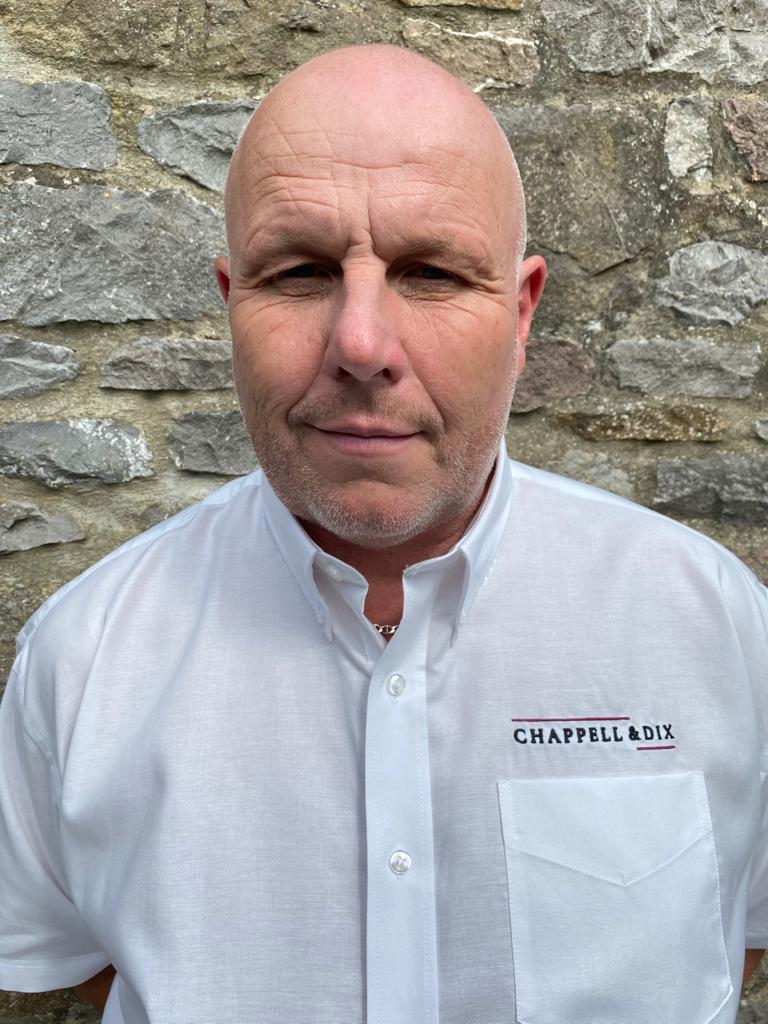 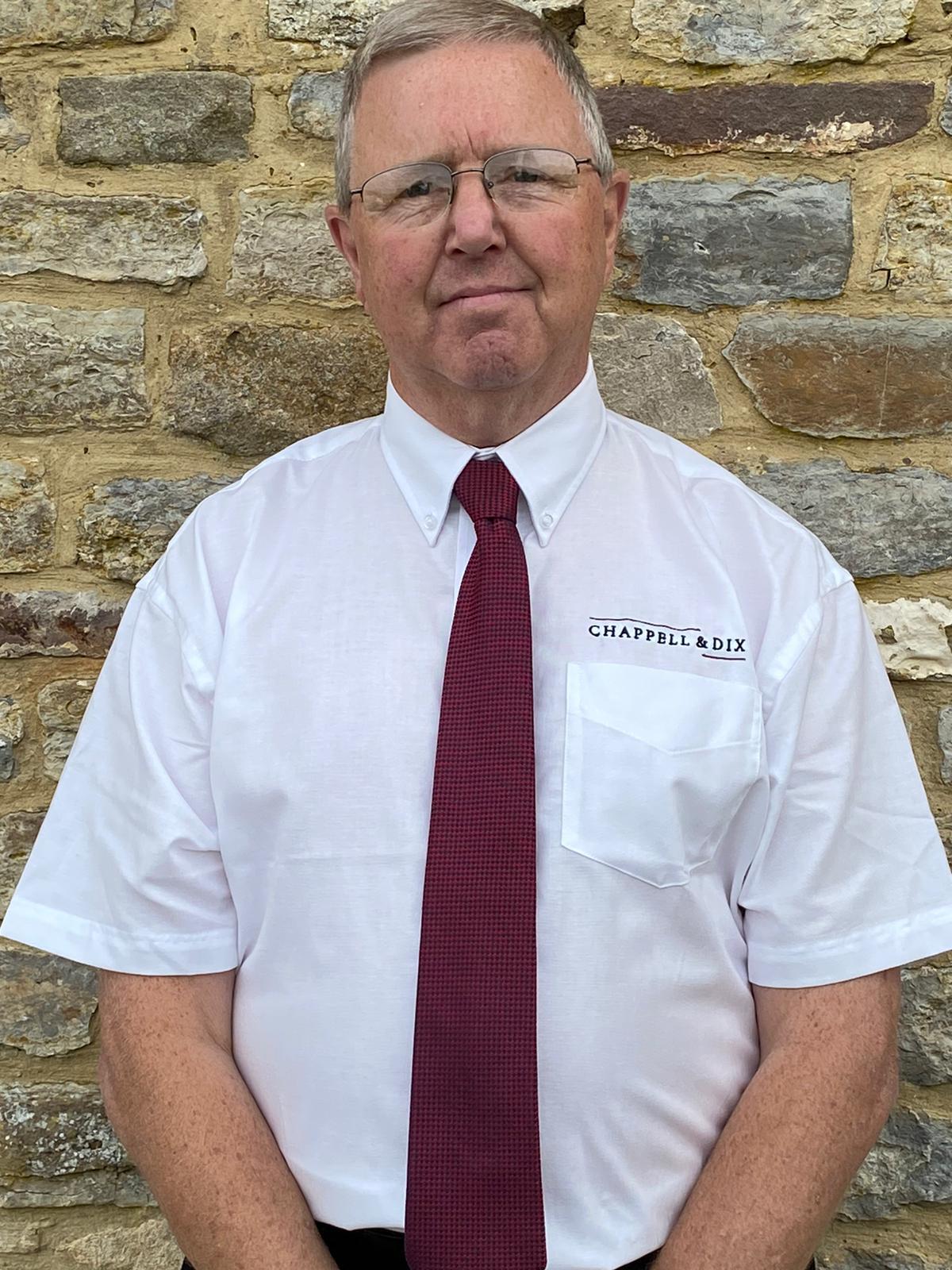 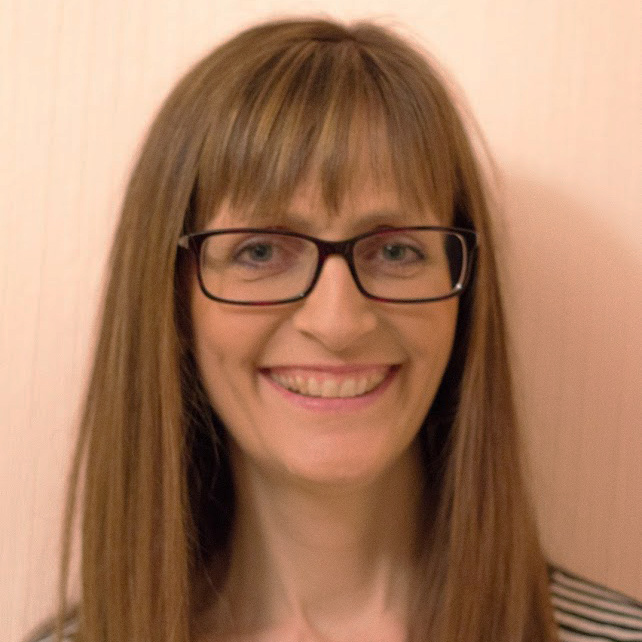 Chris commenced his career in the building trade on leaving school, continuing his studies to achieve the HNC award in Building Studies. On joining Chappell & Dix Ltd in 1993 as an estimator/quantity surveyor, he soon progressed to taking overall responsibility for the finances of the Company, becoming Financial Director in 2001. In 2015 Chris became Managing Director, and in 2016 he led an internal management buyout of Chappell & Dix Ltd.

In addition to his duties as MD and leader of the senior management team, Chris has a hands-on role in company operations, also carrying out estimating and overseeing the work that is undertaken by the company’s young and dynamic quantity surveying team.

Chris enjoys meeting new clients and prides himself on exceeding their expectations, from the point of initial contact through to completion of every project undertaken by the company.

Shaun was born into the construction industry (so to speak). His grandfather, father and all his uncles have been skilled tradesmen who have all worked locally. Therefore Shaun is merely following in their footsteps.

With over 40 year’s experience in the construction industry, Shaun has built up considerable knowledge and experience on a wide-ranging array of projects, from historic to futuristic and worked with clients ranging from the Ministry of Defence to English Heritage and almost everyone in between.

Shaun first started part-time, working for a local building contractor in 1979 and left school and studied for his OND and HNC in Building Studies which he completed in 1985. Following 18 years employment he decided it was time for a change and joined the Company in February 1997.

He was made a Company Director in April 2001. Through his dedicated approach to work, he helps deliver projects to a very high standard, and through his integrity has built long-standing on-going working relationships with consultants, architects and clients alike.

Ricky joined the Company straight from school in 1997 as an apprentice bench joiner. During his three-year apprenticeship he came third, second and first consecutively in the Institute of Carpenters Apprentice of the Year competition, winning numerous other awards along the way.

On completion of his apprenticeship, Ricky very quickly showed his potential as a manager and was soon promoted to the role of joint manager of the joinery workshop, which he carried out successfully for a number of years.

In his current role Ricky works alongside the construction team providing invaluable advice, expertise and experience to our clients, particularly for matters relating to Bespoke Joinery, Design and AV.

In 2015 Ricky was made a director of the company. His duties include financial matters, such as budget forecasting, preparation of monthly management accounts and cash flow monitoring.

After finishing school in 1982 Tim entered construction and now has more than 38 years’ experience within the industry. He gained an HND in Building Studies at Bristol Polytechnic. During and after this sandwich course Tim was employed by a local building contractor which gave him initial experience in planning and buying before moving into site management. This employment allowed Tim to gain extensive experience of housing development in private, local authority and housing association sectors together with refurbishment and educational projects.

Moving to Beard Construction in 1995 Tim was employed as a Site Manager, progressed to Senior Site Manager and ultimately Project Manager. He managed contracts both refurbishment and new build ranging up to £5m in education, healthcare, commercial, housing and the defence sectors.

In 2010 Tim completed an NVQ Level 5 in Construction Management which enabled him to achieve his professional qualification to become a Member Of The Institute Of Building (MCIOB).

November 2017 saw Tim join Chappell & Dix as a contracts manager where he manages and supports the Chappell & Dix site team from start to finish, together with being actively involved in procurement and the cost control of projects. Shortly after joining the company Tim became a member the senior management team.

Tim’s friendly, honest and ‘can-do’ attitude to all projects makes him a valuable team member and natural leader.

Adrian has worked in the construction industry all his working life, spanning some 45 years. Upon leaving school Adrian gained an apprenticeship in carpentry and joinery and by the age of 21 he became workshop manager of a local joinery/furniture company.

Adrian worked in the industry as a joiner/workshop manager for some 25 years before stepping up to site management and eventually contracts management.

Adrian joined Chappell & Dix Ltd in 2012 as a contracts manager, he is a valued member of the company’s senior management team and he has been a director of the Company since 2015.

Chappell & Dix have a small works department with the aim of providing a first class service,  using dedicated in-house teams of tradesmen completing small to medium sized projects to the very highest standard, ensuring complete client satisfaction. Due to a thriving order book it was decided in January 2020 that Adrian would also work alongside fellow director Chris Chappell to support this area of the company.

Adrian has lived and worked in the area all his life and has earned a reputation with local clients, architects and tradesmen for his very high standard of work and attention to detail on numerous projects over many years.

He has carried out projects for Domestic, Local Authority and Commercial clients, along with several projects working with Natural England and the Duchy of Cornwall.

With his meticulous approach to each and every project Adrian aims to work as part of a team to deliver and strive to exceed client expectations.

Jo had built up over twenty-five years’ experience in the building trade when she joined Chappell & Dix Ltd in 2011. Since that time, she has taken on the role of Company Secretary and is responsible for ensuring the efficient management of the administration of the Company. Jo’s duties also include managing the company cash flow and providing the support necessary for preparation of the monthly management and year end accounts.

Due to the current pandemic I lost my workspace and had to temporarily set up at home like many others. I require a laboratory environment alongside office space so it was tricky. With a quick bit of thinking & designing, Chappell and Dix have created a zen of a work environment in my garden. I would urge anyone who is contemplating this to look no further as I have received an end to end professional service from them and am up and running in my workspace much quicker than I anticipated.

The whole team made the project enjoyable, helping to design my vision and making it into a reality.

Many thanks for a job done both professionally and beautifully crafted, we are delighted.

We would like to record how pleased we are with the quality of the final outcome and how good your own employees are: they were always prompt, conscientious, courteous, tidy and hardworking.

We are pleased that we took a leap into the unknown with your company and you have turned up trumps and we hope to be able to call upon you again in the future.